Get ready for Christmas eve’s most talented matchup as arguably the two best teams of the season face off against one another at the AT&T Stadium in Eagles vs. Cowboys 12/24/22. 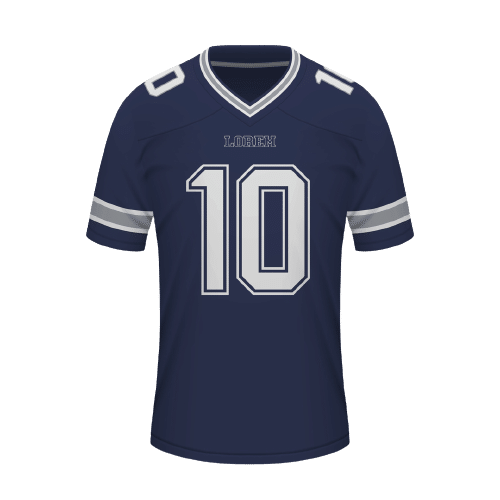 These sides have been in the same division since 1961, a year after they first played each other when the Eagles won 27-25. Playing each other with such frequency has helped contribute to one of the sport’s most fierce rivalries, especially considering the lofty heights both teams have achieved at points.

They’ve played each other a whopping 127 times, with the Eagles dominating the series’ early days but now struggling to make up ground on the Cowboys’ 72-55 lead. The Cowboys also sit comfortably in front on the overall points scored at 2805 to the Eagles’ 2512.

The Eagles had had some periods of powerful dominance, though, most notably in the 1960s and 70s when Philadelphia won 11 games in a row starting in 1967, marking a period where they lost all but 2 of 23 games. The fact that the Cowboys have managed to swing the overall tie back in their favor despite that long period in the gutter leaves many Eagles fans bitter and desperate for their team to get back on track.

These sides have met four times in the playoffs, with the Cowboys winning 3 of those matches. They most recently juked it out in the postseason in 2010 when the Cowboys won 34-14.
This fixture was last played in October this year when the Eagles took home a 26-17 victory, although the Cowboys won 51-26 just a couple of months earlier.

Philadelphia’s season has been borderline perfection, and there’s little reason to think that will change in Eagles vs. Cowboys 12/24/22. Their 12-1 record is the best in the league, and everywhere you look in the team, all you can find are strong points stacked upon strong points.

The defense and attack are probably the best in the league, and even if the special teams can’t reach those heights quite as consistently, they’re still some of the most talented in the business.

A particular strength is the Eagles’ versatility, with the running and passing game leaving opponents with no idea which way they’ll go or how they’ll be able to cope with whatever choice is made.

Jalen Hurts would probably look a more likely shot for MVP if his talent wasn’t being slightly diluted by all the talent alongside him.

The Cowboys are having a great season, too, and would probably be easy favorites against almost any other team. Their 10-3 record has left fans more than happy so far this season.
Things have started to slip slightly since Dak Prescott’s thumb injury a few weeks ago but things never got too worrying, and it looks like the team will be okay with finding their stride again now that he’s back in the time.

How much the Cowboys struggled to get past the dismal Texans may’ve slightly cooled fans’ expectations for a lengthy postseason run but a win is a win, and Dallas has racked up plenty of them this season. The defense is going to need to up its game against better teams though if they want their record to still look so pretty by the season’s end.

The Cowboys are a great side, but there’s no one we’d fancy them taking the Eagles vs. Cowboys 12/24/22 game over the Eagles at the moment. Philadelphia has the league’s premier team and we’re expecting them to win.

Cowboys
VS
Eagles
Bet Now
Brought to you by