Vikings vs Colts: on the 18th of December, the Minnesota Vikings face off against the Indianapolis Colts in front of a crowd that will probably be 73,000 strong at the Vikings’ US Bank Stadium. The indoor stadium has hosted some great fixtures this season and is set for another banger when these two come head-to-head. 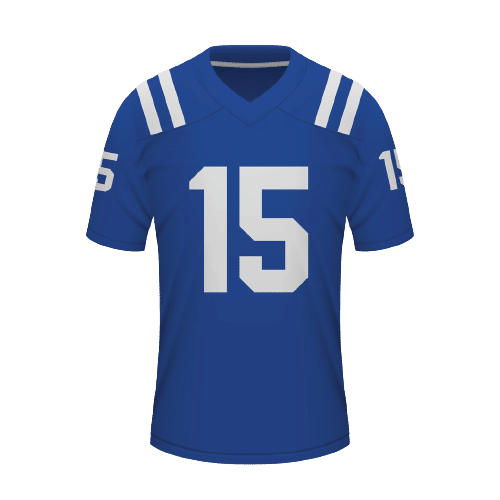 Vikings vs Colts: these two teams have faced off against one another for years, with the sides first taking the pitch together in 1966, when the Colts beat the Vikings 38-23. Then, when the two met in the 1968 playoffs, the Colts won again, 24-14.

However, the record between the two teams has been hugely skewed since 1997, as that is the last time the Vikings won this fixture.

That’s right. It’s been a staggering 25 years since the Vikings beat the Colts in a Vikings vs Colts matchup! A big chunk of this dominance was the Peyton Manning era, where he spearheaded Colts’ victories in 2000, 2004, and 2008. Even when the Vikings went 15-0 up at halftime the last time Manning played in the matchup, they couldn’t hold on and slid to an 18-15 defeat.

This is a fixture where both sides like to go on streaks. The Vikings had won 5 games in a row against the Colts before their atrocious losing streak started.

The last matchup between these two sides was an easily predictable one for all but the most optimistic fans of the Vikings. A resounding 28-11 victory ensured their impressive streak in the series was safely maintained for another year.

The most impressive victory of the streak came in the match before that in 2016, when the Colts won 34-6.

The Vikings have been raking in the victories this year, with nine wins against only two losses. NFC North looks set to be the Vikings’ to take home, barring some massive drop in form.
Matches against rivals in NFC North have been at home for the most part so far, helping their cause, but the fixture list doesn’t look likely to throw up anything too challenging for the end of the regular season.

Minnesota’s offense didn’t start the season off in brilliant fashion, and the team often relied on its defense to keep them in the game. As the season’s progressed, though, the offense has started to click more often, and the burden is now split more evenly throughout the team.

Fans hope that quarterback Kirk Cousins can start to pick up the form we’ve seen from him before so that the offense can reach its potential and push the Vikings into a comfortable position in the playoffs.

The hiring of Jeff Saturday as interim head coach for the Colts initially seemed to be all rainbows but the honeymoon period for the new boss is undoubtedly over now. The 4-7-1 record that the Colts hold going into December is certainly less than fans would’ve hoped for after a few promising performances at the beginning of the season.

Some have been puzzled by the team’s poor form, as we know that the Colts can battle it out with the best when they find their stride. However, if things don’t pick up soon, the team could find themselves entering the top-10 selections sooner rather than later.

It doesn’t look like that huge winning streak for the Vikings is going to end this Vikings vs Colts. Based on the history between the two teams over the last 20 years and both sides’ performances this season, anything other than a Vikings win will come as a big shock.

Click the Bet Now Button to place yours now! For everything else NFL check out our other predictions!

Indianapolis Colts
Bet Now
Brought to you by