The upcoming Browns vs. Ravens 12/17/22 match will be a real test to see whether the Ravens have what it takes to take out the AFC North competition and earn a spot in the postseason. However, if Cleveland can avoid making any slip ups, they could present a challenge. 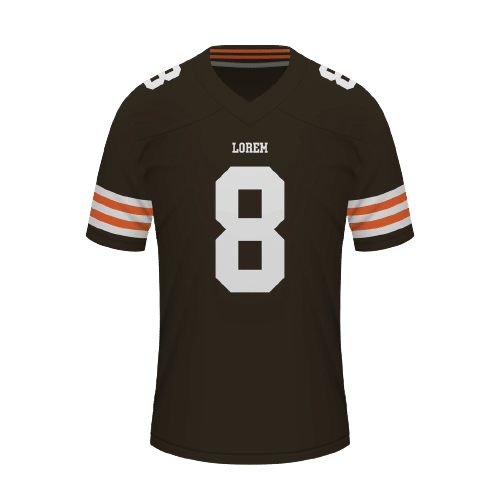 The Browns vs. Ravens rivalry is one of football’s more modern heated fixtures.

Things kicked off in 1999 in response to the Cleveland Browns relocation controversy and mostly centers around Art Modell, who used to own the Browns before establishing the Baltimore Ravens.

There is added bitterness due to the Ravens’ success at the 2000 Super Bowl, which Cleveland fans think was achieved with stolen draft picks that Baltimore capitalized on while the Browns were temporarily deactivated as the administrative feud and transition were sorted out.

Browns vs. Ravens Odds and Statistics

Things are made even worse for Browns fans by the fact that the Ravens hold such a strong 35-12 record in the Browns vs. Ravens series.

The meeting of the two sides twice a year in the AFC North provides plenty of opportunities for tensions to flare up, but the Browns are yet to build any sustained periods of success in the fixture to start drawing the overall score level.

As time’s gone on, the bitterness from Browns fans has, for the most part, been accepted as aimed towards Art Modell rather than the Ravens team that he helped to create.

The competition can get very tough in the AFC North, and things don’t get any easier when so much indecision comes up in a team’s QB role. Baker Mayfield would’ve seemed the perfect man for the job two years ago, but the Browns moved after his injury-plagued 2021 and are still finding the right balance between Deshaun Watson and Jacoby Brissett.

In theory, Watson should offer more quality, but the sheer amount of time he’s spent watching from the stands means it’s impossible to predict what effect he’ll have on the team. Brissett hasn’t done a bad job while standing in for Watson, but some fans will be left wondering what could’ve been had they started the season with a more stable setup.

However, many things improve offensively by the change in QB (if at all), and there’s only so much it can do to compensate for a very leaky defense. Likewise, the back line hardly needs to be spectacular. Still, if it were a more reliable outfit, Cleveland would be looking confidently at earning themselves a spot in the postseason.

The AFC playoffs are still in reach, but things are very precarious. Cleveland can’t afford any more slipups in the Browns vs. Ravens 12/17/22 if they want to keep in with a shot of even being contenders just mathematically.

The Ravens look very well placed to win Browns vs. Ravens 12/17/22 and the AFC North. Their impressive start to the season is likely to sail into even smoother territory as Baltimore looks forward to a relatively easy fixture list around the end of the season.

At this point, the question has ceased to be whether the team will make it to the postseason and instead just how well the Ravens can perform once they’re there.

Injuries and an inability to see out games have hindered the Ravens, and some fans have been calling for more X-factor from the offense. But none of these are glaring issues that are likely to take the team off the rails in the Browns vs. Ravens 12/17/22.

Still, if these issues can be addressed by the postseason, then Baltimore can start to dream big.

The Browns aren’t really in a position to let any more points slip if they want to make something of their season. But unfortunately, the Ravens don’t provide the easiest of opponents in this Browns vs. Ravens.

Our CXSports’ Prediction is it’s likely Baltimore will win here and help spell the end of Cleveland making it into the postseason.

Browns
VS
Ravens
Bet Now
Brought to you by